Get fresh music recommendations delivered to your inbox every Friday.

from Conversations With A Willow Tree by calm. 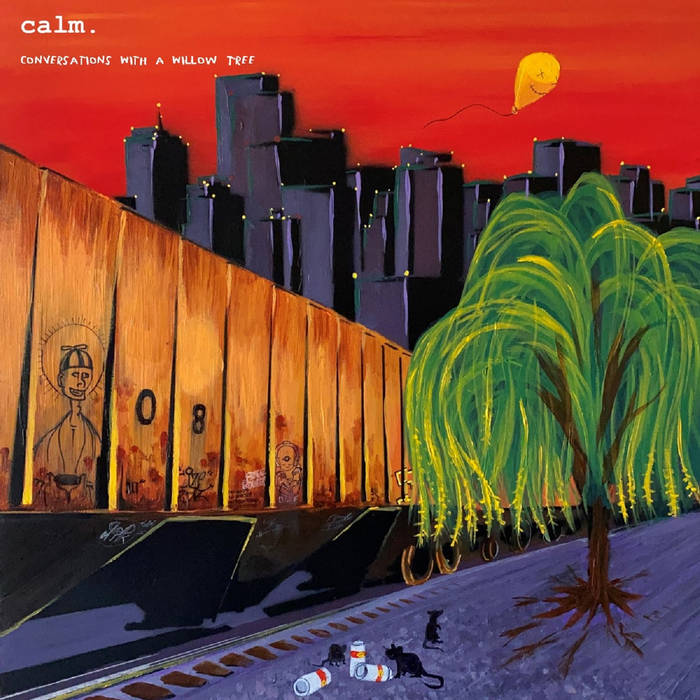 Don’t forget to smell the flowers
Don’t forget to smell the flowers
Just remember what I say
I’ve been feeling tired, I don't feel normal
A branch handed me a coffee bean I entered into a portal
They said, what you consume is your medicine
Stop treating symptoms find the cause for your betterment
Here's some marshmallow for that cough and broccoli for the lungs
Some kale for those prime times you smoked when you were young
Here's some turmeric for that swelling and inflammation
And here's some ginkgo tea to remember this information
Curry for the pancreas and saffron for the brain
And some rhodiola tea to ease the mental pain
Fight the blues with some greens here's some seeds for serotonin
Here's some cabbage for the kidneys and goji for melatonin
Hears some radish for warmth and ginger for the stomach
Here's some ashwagandha for when your spirit plummets
Here's some walnuts for the mind and have some ginseng
Here's some sorrel for a salad and one more thing

from Conversations With A Willow Tree, released January 1, 2022

Time was deemed the future of independent hip-hop by VICE and URB Mag. He has been called the Radiohead of rap and the love child of Neil Young and Andre 3000. He was named one of URB's next 100 artists in alongside Drake, Kid Cudi, and U-N-I. He has done songs with Kool Keith, Sole, and Onry Ozzborn and engineering work for Common. ... more

Bandcamp Daily  your guide to the world of Bandcamp

Bonobo stops by to talk about his new record Fragments